The levels of radiation that we are constantly exposed to have risen dramatically over the last half century. Ambient fallout from nuclear catastrophes is impacting our environment, and ultimately our health, as we all come in contact with radioactive materials. The bombings of Hiroshima and Nagasaki in 1945, the Chernobyl nuclear disaster in 1986, and the most recent 2011 Japan Tsunami calamity at Fukushima nuclear power plant have each had devastating consequences for the environment, damaging the ecosystem and the quality of our air, water, and soil.

The greatest health consequences of a nuclear accident or explosion are linked to radioactive materials (radio-nuclides) that can travel through air and water for thousands of miles, contaminating the world with radioactive particles. Once the human body is exposed to nuclear fallout, radioactive isotopes can remain in the body for many years, causing unpredictable chemical reactions. Absorption of radiation, especially over prolonged periods of time, can result in free radical damage, mutational damage to DNA, and cellular dysfunction, inducing several diseases. Symptoms of radiation toxicity can include fatigue, migraines, infertility, allergic reactions, hypertension, disorders of the central nervous system, anxiety, memory loss, rheumatic pains, flu-like symptoms, low red and white blood cell counts, etc.

Non-ionizing radiation is a type of electromagnetic radiation produced by electronic devices such as televisions, cell phones and towers, wireless devices, computers, high voltage electrical lines, radios, microwaves, etc. Non-ionizing radiation disrupts molecules as it passes through the body, and there is an increasing body of research demonstrating that exposure to electromagnetic frequencies (EMFs) can alter the behaviour of cells and hormones. For example, EMFs can cause the body to reduce production of the hormone melatonin, affecting immune processes, and causing increased defects, sterility, and fetus mortality rates in laboratory animals. In 1987, scientists discovered a significant link between increased incidence of childhood cancer and close proximity to high tension power lines and commonly used electronic devices.

A variety of dangerous radioactive materials are known to be released during nuclear power plant accidents. Among the most worrisome are cesium-137 and iodine-131, which emit Gamma rays and have affinities for parts of the human body. Cesium-137 mimics potassium inside the body and accumulates mainly in the liver, kidneys, and the reproductive system. Iodine-131 is rapidly absorbed by the thyroid gland and increases the risk of thyroid growths and cancer.

Radioactive emissions are not limited only to nuclear accidents. According to Professor Ernest Sternglass of the University of Pittsburgh School of Medicine, an expert on radiation physics: “By design, nuclear power reactors must regularly release steam to lower the intense heat produced. Invisible radioactive particles are emitted into the atmosphere along with the steam and are carried on air currents, eventually falling to the ground with rain and snow… Many cancer hot spots are related to nuclear fallout carried by wind currents from distant locations, which later come down with rain or snow over a particular area, raising the cancer risk among a local population that received the precipitated radioactive fallout.”

Potassium iodide pills can be taken to prevent the uptake of radioactive iodine in the event of a nuclear accident. Supplementing with potassium Iodine (KI) in either pill form or saturated liquid form (super saturated potassium iodide or SSKI), is the best way to quickly load iodine into the thyroid. Potassium iodine (KI) can be administered in prophylactic doses within 24 hours of exposure in radiation emergencies, and for a short period of time after exposure. In 1986 after the Chernobyl accident, people who were administered potassium iodide experienced less childhood thyroid cancers compared to those who were not. The World Health Organization also recommends potassium iodide supplementation to prevent the thyroid’s uptake of radioactive iodine.

Consuming natural sources of iodine helps offset the side effects of radiation exposure. The best natural source of iodine comes from seaweeds (also referred to as sea vegetables), however there is renewed controversy surrounding seaweed that may be harvested from polluted ocean waters. Look for seaweed that is guaranteed free of radiation and heavy metals. Kelp is perhaps the most well-known seaweed; others include wakame, kombu, dulse, nori, hijiki, and arame.

In North American studies, seaweed was found to neutralize radioactive isotopes in the human body. Researchers discovered that certain radioactive materials can bind to the algin in brown seaweeds to create “sodium alginate” which has a unique quality in that it can bind heavy metals and radioactive elements, preventing their absorption by the body. In one Canadian study, sodium alginate from kelp reduced radioactive strontium absorption in the intestines by 50% to 80%.

Other Nutritional and Antioxidant Treatments for Combating Radiation

A large number of nutrients and foods are suggested as being helpful in preventing or limiting, or even counteracting, the effects of nuclear radiation. Below are some that are especially noted for their beneficial effects:

MISO – this fermented food made from soybeans has long been used in Japan for both protection from radiation, detoxification, and for stimulating the immune system. Miso is also well-documented to benefit circulation and remove blood clots. Miso soup was used as the primary antidote for the effects of radiation poisoning after the Hiroshima bombing. A 1990 Hiroshima University study concluded that people who regularly consume miso soup may be up to five times more resistant to radiation poisoning than people who do not.

SPIRULINA – is a blue-green algae that is extremely rich in nutrients. It contains beta carotene, vitamin B-12, iron, chlorophyll, GLA fatty acids, and much more. Spirulina has been studied extensively in Russia and China, where research has shown it chelates radiation from the body, as well as provides general protection from radiation toxicity. One study in particular demonstrated how children on a protocol of spirulina after Chernobyl had improved immunity and T-cell counts. Chlorella algae is often listed along with spirulina as an equivalent radiation chelator. However, although chlorella is well-regarded as an excellent heavy metal detoxifier and is also known to reduce chemotherapy side-effects, it has not been specifically demonstrated in research to counter the effects of nuclear radiation.

R-LIPOIC ACID – is a unique, vitamin-like antioxidant that protects the body from free radical damage. Research performed in Russia found that lipoic acid is one of the most effective anti-radiation treatments available. Promising research continues to demonstrate that it has many benefits as a super antioxidant and metal chelator, working to repair liver damage, combat radiation sickness, treat diabetes, and protect against free radical damage that promotes premature aging and degenerative diseases.

Glutathione (GSH) and N-acetyl-cysteine (NAC) – Glutathione is an internally produced antioxidant that enhances the ability of immune system cells and protects against radiation damage. Studies have also shown that GSH can reduce side effects of chemotherapy, xrays, and alcohol. In addition, it is well-known as a detoxifier of heavy metals, and is extremely useful in the treatment of blood and liver disorders. Supplementing with N-acetyl-cysteine (NAC), a glutathione precursor, stimulates glutathione synthesis. NAC itself is a powerful antioxidant that is especially effective in detoxifying the liver. Sulphur-containing foods such as cabbage, broccoli, and kale also help the body to produce GSH.

SELENIUM – is a cofactor of glutathione production and activates the antioxidant enzyme glutathione peroxidase, which is believed to protect the body from cancer in large part by increasing white blood cell counts. The largest study performed with selenium demonstrated that people supplementing with selenium developed less prostate, colorectal, and lung cancers. While there are no human studies to support the theory that selenium directly protects against radiation, research performed on rats has demonstrated that selenium decreased death rates in rats who were directly exposed to radiation.

GREEN AND BLACK TEAS – Studies have shown that both green and black teas provide some degree of protection against radiation. Tea catechins seem to absorb and eliminate radioactive isotopes. The polyphenol epigallocatechin gallate (EGCG) derived from green tea has been shown in animal studies to protect from whole-body radiation. Regular black tea exhibited the same anti-radiation effects in several Japanese studies.

BENTONITE CLAY – Has also been recommended for detoxing after radiation exposure, but this is not confirmed by research. Bentonite clay is well-documented in traditional medicine to bind heavy metal toxins and effectively flush them from the body.

Ongoing research on several plants and herbs is demonstrating their potential radioprotective ablities. The natural chemicals, referred to as polyphenols, that are present in various botanicals have been shown to counteract the oxidative stress that is induced by ionizing radiation. They tend to do this either by scavenging radiation-induced free radicals and/or by elevating antioxidant levels in the body.

Many of the botanicals currently being researched have medicinal properties and have been safely used in traditional Chinese and Ayurvedic systems of medicine. These include various plants such as: Podophyllum hexandrum, tinospora cordifolia, phyllanthus amarus, piper longum (pippali) fruit, arctium lappa (burdock root), and zingiber officinale (ginger). The most notable research, however, has been performed on panax ginseng and gingko biloba.

GINGKO BILOBA – Solid research has been performed on extracts of ginkgo biloba, which contain antioxidant compounds that protect cells from free radical damage. Specifically, the results suggest that the gingko biloba extracts prevent cells from undergoing apoptosis (programmed cell death). A study was performed on healthy white blood cells that were then exposed to gamma radiation. Half of the sample was treated with the ginkgo biloba extract and these cells showed protection from the radiation while the untreated cells underwent apoptosis. The study concluded that the extracts of the leaves of the gingko biloba tree may protect human cells from radiation damage.

PECTIN – Ongoing studies are researching pectin as a natural chelating agent. Pectin is a structural polysaccharide (fiber) found in cell walls of plants and fruits. Some studies have demonstrated it to be beneficial for binding and removing radioactive residues from the body. Pectin-rich foods include apples, guavas, plums, gooseberries, and citrus fruits.

Buckwheat is an important food to include, according to researchers. Buckwheat is high in the bioflavinoid rutin, and research supports its protective effects against radiation, and stimulating new bone marrow production. Also important to include in the diet are dried beans, especially lentils, which have been shown to reverse DNA damage caused by radiation. Incorporating medicinal mushrooms such as reishi and chaga mushrooms into the diet can also protect from radiation-induced, cancers according to research.

Much of the damage caused by radiation can be attributed to a high level of acidity and the inflammation that results in several diseases. Consuming alkalizing foods can have a multitude of benefits, and is protective against radiation-induced illnesses. Alkalinizing foods include whole grains, fruits, dark leafy green vegetables, essential fatty acids, lean proteins, etc, whereas acidifying foods are processed foods, refined carbohydrates, sugar, etc.

Caveat, re: Iodine – While Dr. Joseph Mercola recognizes that optimal amounts of dietary iodine are important to nourish the thyroid, he warns about the risk of consuming too much iodine: “Taking too much iodine may lead to subclinical hypothyroidism, which occurs when your thyroid produces too little thyroid hormone. It’s an ironic association, since hypothyroidism is often linked to iodine deficiency, but research published in the American Journal of Clinical Nutrition revealed that study participants taking relatively higher doses of supplemental iodine – 400 micrograms a day and more – paradoxically began developing subclinical hypothyroidism.” Dr. Mercola also points to a major culprit in the epidemic of iodine deficiency in North Americans today: bromine exposure. “When you ingest or absorb bromine (found in baked goods, plastics, soft drinks, medications, pesticides and more), it displaces iodine, and this iodine deficiency leads to an increased risk for cancer of the breast, thyroid gland, ovary and prostate – cancers that we see at alarmingly high rates today.” 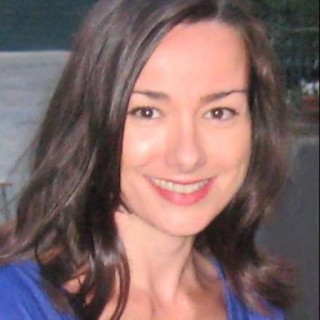